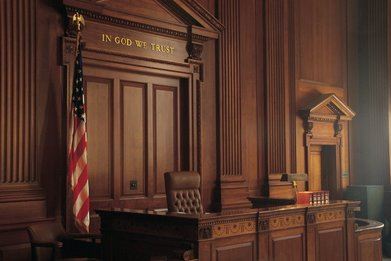 Over the next few months, we'll be in court defending three sexual assault cases involving the incapacitation of an alleged sexual assault victim. The military typically charges cases where the alleged victim is under the influence of drugs or alcohol as a sexual assault - rather than forcible rape.

For some time, we noticed a trend where prosecutors were charging all sexual assaults as forcible rape. It was difficult to speculate why - though I generally thought it was to make available increased punishment and to avoid having to pay for expert witnesses to testify about intoxicants and incapacitation. This year, we're already seeing prosecutors return to charging alcohol-related sexual assaults rather than forcible rape.

Even going back two years ago, alcohol or drug-related sex was not a crime unless the victim was substantially incapable of consenting. As you can see below, the word "substantially" was removed from the statute. There certainly was confusion as to what substantial incapacitation meant. There is still confusion as to when a person is no longer able to consent to a sexual act as a result of drugs or alcohol. That's the purpose of this article.

A sexual assault involving intoxicants in the military is defined as:

commits a sexual act upon another person when the other person is incapable of consenting to the sexual act due to –
​
-impairment by any drug, intoxicant, or other similar substance, and that condition is known or
reasonably should be known by the person; or,

-a mental disease or defect, or physical disability, and that condition is known or reasonably
should be known by that person;

is guilty of sexual assault and shall be punished as a court-martial shall direct."
​
Nearly every sexual assault case that I've been involved in over the last 10+ years has centered on questions of blackouts or alcohol amnesia. The recent uptick in alcohol-related sexual assaults provides an opportunity to write about the intersection of science and military criminal defense.

The typical military sexual assault fact-pattern includes a victim who claims a lack of memory related to the sexual act. They will nearly always remember the act of penetration. That's an element of the offense. Their memories related to other aspects of offense can be lacking - to put it politely.

The inconsistencies in many sexual assault victims' memories instantly raise a question as to whether enough alcohol or drugs were consumed to cause memory deficiencies. The thought process is that:

1. The alleged victim did not drink enough alcohol to cause memory deficits;

Reliable evidence as to alcohol consumption is sometimes difficult to obtain. If you are in the military and charged with sexual assault, your lawyer is going to want to try and reconstruct the timeline and history of drinking on the night in question. You can help your lawyer by obtaining evidence like:

1. Bank records that might indicate how much money was spent on alcohol;
2. Photographs or videos from the night in question;
3. Social media posts from the night in question;
4. The identity of witnesses - especially sober witnesses - who can help reconstruct drinking histories;
5. Locations of establishments that may have security footage.
As a lawyer, once we are able to estimate how much alcohol was consumed in a period of time, we'll probably run a simple blood alcohol content calculation. The reason we care about upfront BAC estimates is that experts will often say that blackout events can be expected at BAC concentrations upwards of 0.15. So if the victim's alcohol consumption puts them at lower than 0.15, I'm immediately skeptical as to any memory deficits. That's not to say the person is lying. We're simply going to investigate further.

There are several online BAC calculators. This is just an estimate. Eventually, we'll want to obtain the services of a doctor or expert qualified to testify about the effects of alcohol on memory.

BAC calculations based on breathalyzers or drinking estimates are imperfect. They are based on arithmetic extrapolation. The machine takes a reading. The reading is then converted into a number with a high correlative value to blood samples. The generally accepted conversion factor is 2.1. That factor may not apply to every individual.

To understand how alcohol affects memory, you first need a model of how memory works. There are different models. It's not terribly important to understand. One says that memories are formed in stages ranging from sensory formation to short term memory, and the long term. There's another model that concludes that the ability to form long term memories depends on how long the information is stored in short term memory.

Regardless of the model, we all seem to agree that alcohol interferes with our ability to form long-term memories. As alcohol consumption increases, so does impairment. Large amounts of alcohol can cause fragmentary or complete memory deficits. Otherwise known as blackouts and alcohol-induced amnesia.

The mechanism of how these impairments occur is not completely understood. The basic model says that alcohol disrupts the hippocampus (the part of the brain central in forming memories).

Blackouts are really misunderstood. It's important for the lawyer and expert to craft a good direct examination that helps the jury understand the science. A blackout is an event where a person can voluntarily participate in an event, but cannot remember it. Some studies have put intoxicated individuals in driving simulators. They were able to drive, but could not remember aspects of the drive.

This is "anterograde" amnesia. They can't form new memories, but it does not erase previously formed memories. The key, however, is that they can engage in these tasks voluntarily. A typical series of questions for the doctor might include:

"Doctor, can you outline the first effects on people after they begin to consume alcohol? [disninhibition – impairment in judgment, impulsive, not weigh the future consequences of one’s actions]

Disinhibition – would you say that in that state someone would be more prone to do or say things that they would otherwise not do or say if not under the effects of alcohol?

What are some examples of things that people do as a consequence of disinhibition due to the effects of alcohol?

When people do these things – are they doing them voluntarily?

Do they have the capacity to decide whether or not to do those things?

Is it common for people who engage in activities while intoxicated to be embarrassed about those acts later?"
Although blackouts usually are caused by heavy drinking, there are other factors that we want to look at. Common factors that can cause a rapid rise in BAC include:

-History of blackouts;
-Lack of food consumption; and,
-Rate of alcohol consumption.

Scientific studies put blackout thresholds at between .14 and .20 BAC. (See the Goodwin and Ryback studies). I usually go with .15.

If our reconstruction of the alleged victim's drinking history is below that BAC threshold, we're really going to continue examining motivations to lie. I'm always careful to caveat that not all victims are lying. Some are telling the truth. It's important as defense attorneys, however for us to conduct our own investigation and examination of the evidence.

Some common motives to lie include:

-To protect a relationship with a husband, boyfriend, or even girlfriend;
-To protect a reputation;
-To get out of trouble;
-Because law enforcement or a victim's advocate told her she was sexually assaulted, despite her initial belief that she was not sexually assaulted;
-Because of a personality disorder;
-Out of retribution;
-Because the full consequences of making the report are not understood;
-To be reassigned;
-To avoid a deployment;
-To obtain financial benefit;
-To obtain medical retirement for PTSD or some other condition;
-Out of confusion and not knowing what actually happened; or
-To obtain child custody or divorce.

We have great success when we can show that:
-it's unlikely that the victim was in a blackout because she did not drink enough alcohol,
-that even if she was in a blackout her actions were voluntary,
-and that she has a motive to lie.
More resources on our webpage:
Sexual Assault Defense
Here is a typical direct examination of a doctor:

Doctor, will you please outline the materials that you have reviewed in preparing for this case?

And you have heard all of the testimony presented at trial?

Can you outline the first effects on people after they begin to consume alcohol? [disninhibition – impairment in judgment, impulsive, not weigh the future consequences of one’s actions]

Disinhibition – would you say that in that state someone would be more prone to do or say things that they would otherwise not do or say if not under the effects of alcohol?

What are some examples of things that people do as a consequence of disinhibition due to the effects of alcohol?

When people do these things – are they doing them voluntarily?

Do they have the capacity to decide whether or not to do those things?

Is it common for people who engage in activities while intoxicated to be embarrassed about those acts later?

What happens in terms of thinking and behavior if someone continues to drink alcohol?

How would they appear to others?

If a person continues to drink can it have an effect on the level of consciousness?

We have head the term passing out – what is that from your professional perspective?

How does it differ from simply being asleep?

Doctor, what does the term “blacking out” mean?

How commonly does it occur?

How do individuals who are in a blackout appear to others?

Could other individuals know whether someone is in a blackout state or not?

So when a person is in a blackout state, does it mean that they cannot make decisions about what to do or not do?

Do they have the capacity to decide to do some things and not others?

What are some examples things people do while in blackout states?

Can they subsequently have regrets and remorse?

When individuals engage in behaviors but have no memory of major components of such behaviors, how do they make sense of it?

Can individuals who have been in a blackout firmly believe and state with conviction that the circumstances of the evening were different than what they actually were?

When a person clears from being in a blackout and has only partial memories of what actually occurred, does their memory get clearer and more specific with the passage of time?

With the passage of time, how do the memories from a truly remembered traumatic event compare with those from a reconstructed memory?

Did you see anything in your review of the case file that indicates that the alleged victim was in a blackout during portions of the evening prior to the alleged charges?
Categories:
Related Posts
/