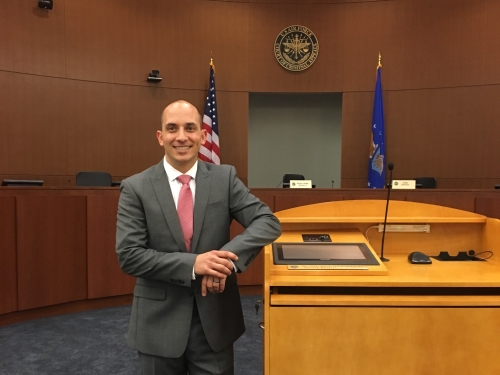 This week we learned that Mr. Pristera successfully represented an Air Force NCO facing suspension of her security clearance for financial considerations.

An anonymous tip was sent to the Central Clearing Facility (CCF) alleging that the SM was living outside of her means. The SM was previously the victim of predatorial lending practices and illegal mishandling of mortgage applications. Those matters were concurrently under dispute within various state courts and credit agencies. Mr. Pristera worked with the SM to compile all of the complicated financial documentation and evidence supporting the SM’s debts, as well as documentation supporting current matters under litigation, and successfully replied to the notice of intent to revoke. Mr. Pristera was able to avoid having to take the matter to a formal hearing (DOHA hearing) on the matter.

If you are facing potential suspension of a security clearance, it is critically important that you respond immediately and completely. Do not assume that it will be resolved for you. The burden is on you to provide documentation supporting your case.

Generally, these investigations start with an initial investigation by the CCF or local security personnel. Sometimes the investigation is part of a routine background check and other times it can be based on an anonymous tip or other “red flag.” Once the investigation starts, the SM or civilian with security clearance will often receive a Request for Information. This is a critical point as the burden is on the individual to respond and fully answer all of the questions posed. Based on the response, the matter will either be closed or the individual will be notified of a Notice of Intent to Revoke clearance. (In some cases, there is no Request for Information and the government will immediately send a Notice Intent to Revoke).

The individual is given 60 days to respond to a Notice Intent to Revoke. This response can include additional evidence as well as legal argument. Based on the response, the CCF will either close the matter and reinstate clearance or issue a Letter of Denial. If you receive a Letter of Denial, that means that an initial decision has been made to revoke your clearance. You have a right to appeal that decision and request a formal hearing with the Department of Hearings and Appeals (DOHA). You appear in person at a DOHA hearing with legal counsel.

It is critically important to defend yourself vigorously and early when facing a potential security clearance revocation. If you are facing a revocation action at any stage of the process and would like to discuss your case or options, please give us a call.