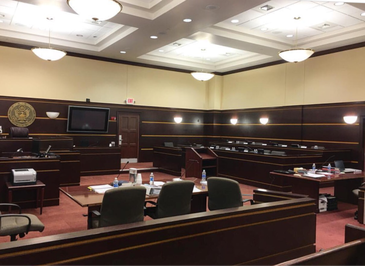 Changes to Jury Selection in 2019

Here are the major changes to military practice for 2019. This is a very simplified guide to give potential accused members a general idea of the changes coming for 2019.

In 2019, court-martials will have a fixed composition. A General Court-Martial will have 8 members. It could be reduced to 6 or 7 after challenges or excusals. In capital cases, the jury will have 12 members.

How Does Voting Work

Enlisted Members from the Same Unit as the Accused

The new Rule for Courts-Martial 502 (a)(2)(B) and 912 allows the Convening Authority to detail alternate members to a court-martial. They are present and hear evidence, but do not participate in deliberations.

Are there new Sentencing Rules

Under the new system, a military judge will conduct all sentencing. In a members case, the accused can elect to sentence by members.

With members sentencing, the jury will adjudge a single sentence for all offenses. With military judge sentencing, the judge will determine appropriate terms of confinement and/or fines for each specification. The judge then determines whether the sentences are concurrent or consecutive. Terms of confinement for two or more specifications will run concurrently when they involve the same victim.
Categories:
Related Posts
/